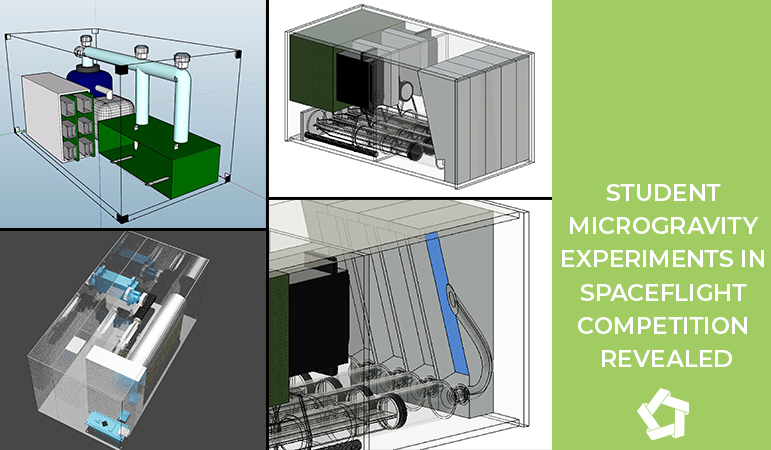 At the start of ShadOnline, 600 students from across Canada were assigned a mission: design a microgravity research experiment to benefit humankind… with a team of people you’ve never met and concepts and ideas you may have never explored before.

Shads jumped at the opportunity without looking back—brainstorming ideas, researching their topics, consulting mentors, drafting proposals, and pitching their experiments.

Although ShadOnline is over, the mission is not. One experiment—out of 62 incredible projects that came to life in the name of innovation, creativity and collaboration—will be chosen to fly in space.

“From the beginning as a team, our biggest value was being really innovative and creating something new, something that hasn’t been done before,” says Oishi Ray, a member of Team Irrigation Nation, one of ten teams that made it to the second round of judging.

Early on in the design process, Shads were asked to develop a “How might we” question—a common design thinking exercise.

Their team came up with the question: How might we create microgravity activated technology? From there, they narrowed down the type of technology they wanted to launch into space.

“For us, our team is very versatile. We’re from literally all over Canada. One thing we could all agree on was that agriculture is one of the fundamental industries of humankind.”

After conducting research and learning more about agriculture from a teammate living in rural Saskatchewan, they were eager to design an automatic irrigation system for microgravity.

Their design places water sensors at the bottom of a water tank that would activate as the system enters microgravity. Moisture sensors in the irrigation chamber would indicate the levels of moisture in the soil, dispersing water when the moisture reading is below a set threshold.

It poses an alternative to the traditional method of space farming, where astronauts water plants with a syringe.

“Our hypothesis for this proof of theory is that through this pressurized tubing system we will be able to create adequate moisture levels to create an irrigation system in space.”

Team DecaTerrestria1s took a different approach to the project, brainstorming ideas related to understanding fluids and absorption in space.

After an individual brainstorming session, Mallory Moxham thought it would be interesting to look at the absorbency of menstrual sanitary products in microgravity.

“I brought it to the group of girls in my team and we discussed it, thought about it, brainstormed some more ideas into it, and did a little bit of research into the situation right now,” says Mallory.

They learned that almost 37 years ago, NASA engineers advised Sally Ride, the first female astronaut, to bring 100 sanitary products for a week-long mission to space.

“That’s the first thing we stumbled upon…,” says Mallory. “It shows how little understanding there was about reproductive health, and a need for action.”

Today, many female astronauts use medication to stop their menstrual cycle during missions.

Mallory says the team wants to “normalize and encourage discussion about menstruation because it’s often such an uncomfortable or taboo subject.”

Their experiment would test the absorbency of a blood-substitute into different types of feminine hygiene products. They’re hoping an experiment in microgravity would yield the same results as a control experiment on Earth.

“I think this experience was really helpful for all of us for learning how to collaborate online,” says Mallory. “That’s going to be pretty important for the next while when we’re at home during the pandemic.”

Team ACDT3 thought of the idea for their experiment when one of their teammates was feeling sick.

They knew they wanted to explore something biotechnology-related, but after telling their teammate to take an ibuprofen medication, they thought it would be interesting to learn more about the effectiveness of the drug.

“We were all scared to attempt to look at the medical field at all because of our lack of knowledge,” says Saransh Duggal. “But through the project, I feel like a lot of us had sparked an interest for the medicinal field or specifically the biomedical field.”

The group’s design will automate a process called spherical agglomeration for the crystallization of ibuprofen. By using this common drug manufacturing technique in microgravity, the group hopes that larger and symmetrical crystals of ibuprofen will form compared to those in their control experiment on Earth. These higher quality crystals can be more easily absorbed into the body, which makes it an interesting insight for producing more effective, pure and even affordable medication.

Each Shad team had access to mentors throughout the project, a group of 22 industry experts from academic, engineering, and medical backgrounds.

“They provided invaluable insights because they allowed us to explore aspects of the project that wouldn’t be possible if it weren’t for them…,” says Saransh. “They are just the living reflections of what we want to do in the future.”

But learning new concepts and ideas from the mentors wasn’t the only thing Shad teams took away from the project.

Ultimately, it was a true test of collaboration: embracing online learning to become united as a team under one common STEAM goal.

“I never knew people could connect this well online, in a month. A month is nothing,” says Saransh. “Even when you go to school and you talk to people, it takes almost two or three months to be well acquainted with them. This was a month, online.”

Five projects have moved on to the next round of judging in the spaceflight competition. Wish the teams luck as the mission continues!