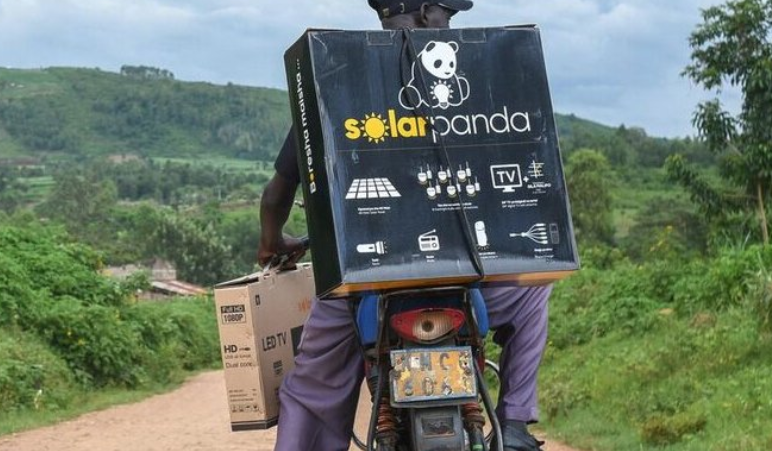 Imagine having access to hydro but not being able to afford it. Running a business but having to close shop when it gets dark. Using a light source but being vulnerable to its dangerous health risks and hazards.

These are situations faced by many families in Sub-Saharan Africa, where 60 per cent of households don’t have access to electricity.

Midhula De Gannes, a 2006 Shad McMaster alumna, spent three months volunteering with a social enterprise founded by another Shad in Kenya to help address these issues.

“It’s been a lifelong desire to go to Africa,” says Midhula, an engineer who’s been working in the Ontario energy sector for more than six years.

At first, Midhula didn’t know where to start her placement search, but after conversing with a friend, she realized that it would be worthwhile to see if any of the over 17,000 alumni who soared through the Shad program could help.

And that’s how she found Andy Keith, founder and CEO of Solar Panda, a social enterprise that provides low-cost and sustainable solar home systems to communities in Africa.

“We both had a really positive experience at Shad and were sharing stories,” says Midhula on her initial conversation with Andy, who attended Shad Carleton in 2002.

“From a personal level, Shad boosted my confidence. I was part of something really special and being there really opened up my eyes into what I could do,” Midhula adds.

Andy started the company in 2016 after working on large solar projects in Canada and going on a volunteer trip in Ghana.

She travelled to Nairobi in January, helping the company with operations, logistics, and HR policies.

“I got a taste of a bit of everything.”

But something that surprised her immediately was the shift from the fast-paced, downtown corporate culture she was used to. At Solar Panda, Midhula was surrounded by warmth and inclusivity.

“Most of the company is women, and that was intentional by Andy.”

But the most memorable moments for Midhula were when she got meet the people purchasing home kits—which include a solar panel and battery, LED lights, phone charger, and a rechargeable torch, radio and portable lantern.

“It made a really big difference with children. Often times, if one house on the street got electric light, all the kids in the neighborhood would come and do their homework at the person’s house,” says Midhula.

Not only is solar better for the environment and cheaper than other alternatives, it’s also safer than Kerosene lamps, which are a fire hazard and health hazard – inhaling fumes is the equivalent of smoking two packs of cigarettes a day, according to the World Bank.

But during her visits, Midhula learned about another unexpected benefit of using a more reliable energy source.

Leaving Nairobi, Midhula was thankful that her Shad connection helped fulfill her lifelong desire to go to Africa.

“In the long term, when I make decisions, this will always be in my mind. I remember working there, feeling fulfilled, and feeling like I was contributing and making a difference,” says Midhula. “Moving forward, I’m holding on to that feeling to make sure that every decision I make is tied to it.”