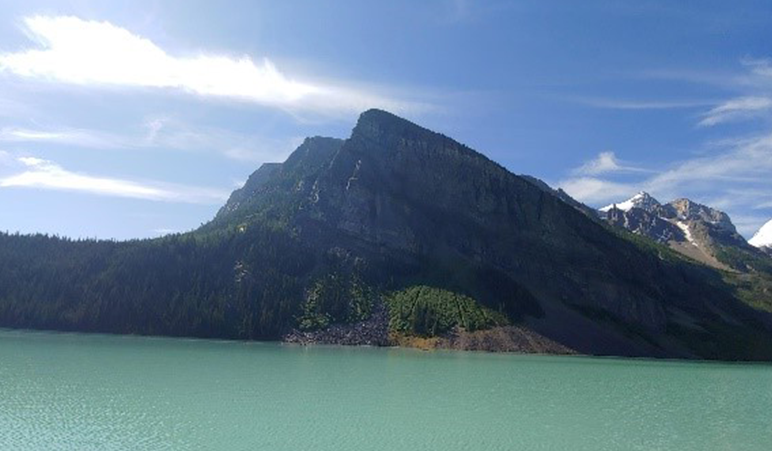 The air was tense. Shads held up their phones, recording in anticipation. Everyone looked up towards our TF as he made the nightly announcements. Everyone knew what was coming, but no one knew when. Then, through the Silence, his voice breaks through, “WE’RE GOING TO BANFF!!!” A roar erupts from the crowd of shads, PAs and PDs included. This was the peak of a question which has been building up through our Shad experience, and if you are following our Shad Calgary 2019 meme page, you would know quite well. Since the very first day of Shad, the question of, “Are we going to Banff?” loomed over everyone’s thoughts, activities, and especially memes. Part of the Shad experience is not knowing what the next day holds, and while this has created a mystifying sense of adventure within the Shad group, it has also caused a lot of worry, specifically over Banff. Going into the last weekend, we almost had our hopes crushed. No sign of Banff, and only a week remaining — with 2 of the days taken up by presentations and the banquet. The staff had kept a very tight lock on any information regarding the happenings of the upcoming week, save for a few things which made certain days seem unavailable, which discouraged us even further. No one knew anything about the upcoming Monday, however, which gave us all hope. How does that old saying go? “All good things come those who wait.”

The next morning — an early one at that — all of the Shads were wide awake and teeming with excitement. Banff was only a 2-hour bus ride away. After bonding with our fellow Shads for a month, this time passed in an instant. We sang songs, played games, and chatted the time away. Decked out in our new Shad swag, it felt like family. Shad has a way of doing that to people, bringing people of uncommon origin together and uniting them with a common sentiment. Our first stop together? Lake Louise.

The beautiful shimmering lake stretched out under the towering mountains, creating a serene environment. Shads quickly whisked themselves off in every which direction, the intent to explore evident on our faces. This was, after all, the moment we had all been waiting for. Walking around the lake, it becomes apparent just how successful Shad has in turning us into a cohesive family. For example, I personally accidentally lost something on the trail, and a fellow Shad was able to identify it as mine, despite the fact that there was no indication that it was mine. He just remembered seeing me with it sometime beforehand. The item was a small metal keychain accessory, making it even more obscure. Shads remember the small details about their family away from family, and it really seals the feeling of family.

“Going to Banff is comparable with going to Shad. You don’t really know what to expect, feelings are mixed and there’s a certain uncertainty and excitement about the new adventure. But once you get there, you get to see the world in a different light. You look at the friends around you, the surrounding nature, and for a moment, you really feel connected to everything around you.” – Countoff #51

After a short pit-stop for lunch, we were allowed to explore the city of Banff. We shopped on the promenade, relaxed in the park, and were treated to amazing dinners, as well as for some, ice cream!

Shad has been an amazing experience, and Banff was the proverbial icing on the cake. Shad has taken a group of 64 individuals who might have otherwise never met, and turned us into more than just friends, a family.